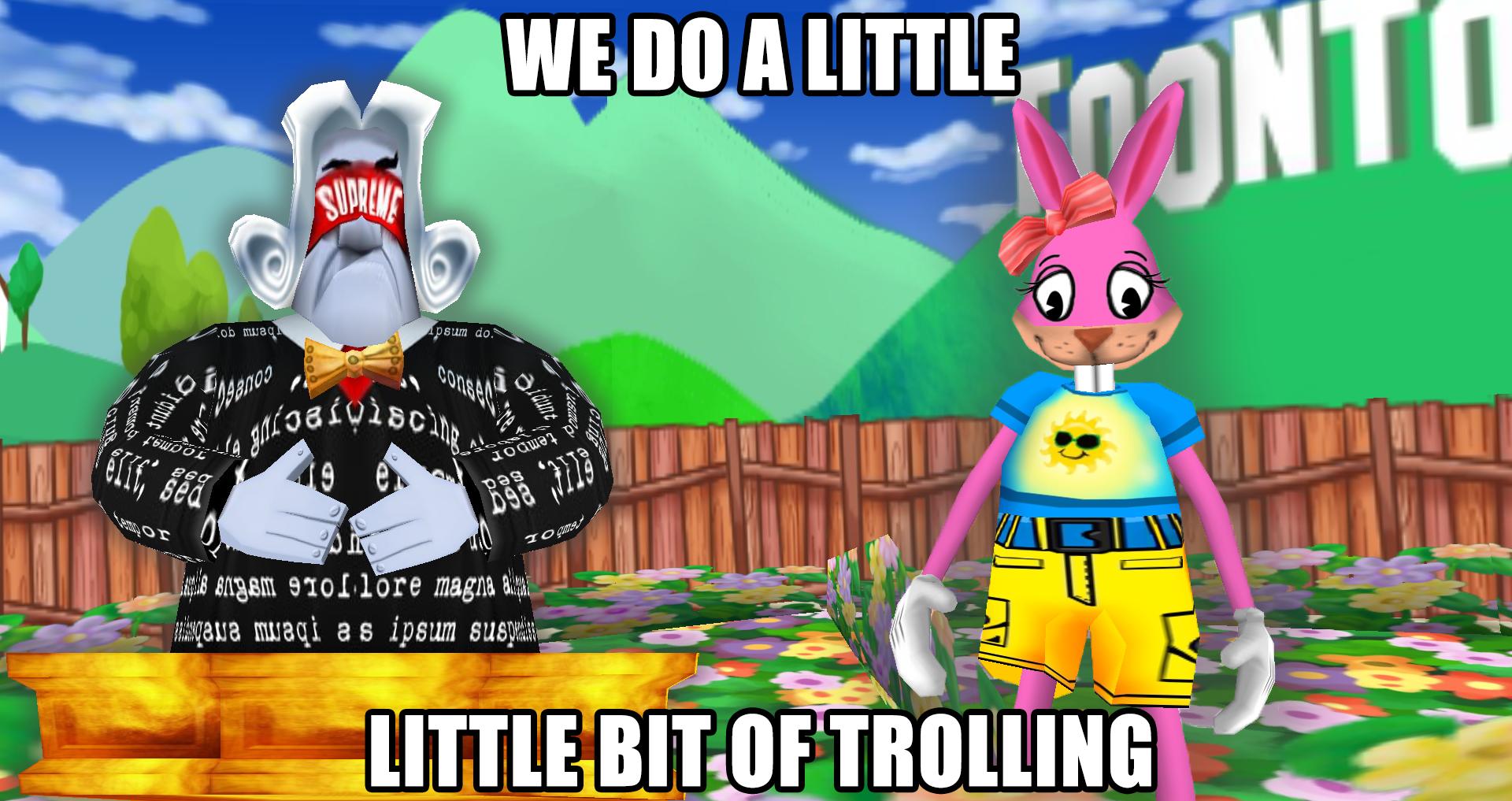 Legends state that in ancient times, the only force preventing the Cogs from invading Toontown… was the Drip.

This is an announcement directed towards the cowardly Toon citizens of Toontown. After years of defeat, mistrial, misdemeanors, misconduct, and mishaps, we have finally found out the secret ingredient to your demise. After translating decades worth of ancient Toontown history and secret Toon writings, we have found the one thing preventing us from ruling over all of Toontown: The Drip.

Because I was the brains of this operation, I have decided that I will be the new ruler of not only the Toons, but also the Cogs. I have outfitted all the Lawbots under my command with Supreme Gears, the ultimate anti-Toon defense. I’ll have to give myself a PROMOTION because of my genius. Henceforth, I shall be known as the Supreme Chief Justice, and no Toon man, woman, or child will be able to sustain against such flawlessness. I have far too much swag for any of your antics this week, so fear me, for I am supreme!

If you really wish to take me on in a fight, bring your best Gags and strategies. You can only fight me during April Toons’ Week, which ends on April 7th. But do not underestimate me! My Drip is far too powerful for normal Toons to handle.

That concludes my transmission for today, and remember that us Cogs are not to be-

Wait a minute, our top lawyers are telling me I forgot something. I have no clue what this is though. Apparently I forgot to mention something about a pink rabbit named Twinkle that shows up in Toontown Central who lost her Easter Eggs and is giving out rewards for finding them? That proposal is nothing more than preposterous! I never forget anything during a trial, and I will not break my flawless track record in court now!

With that said, this concludes my announcement! Challenge me if you dare, Toontown!