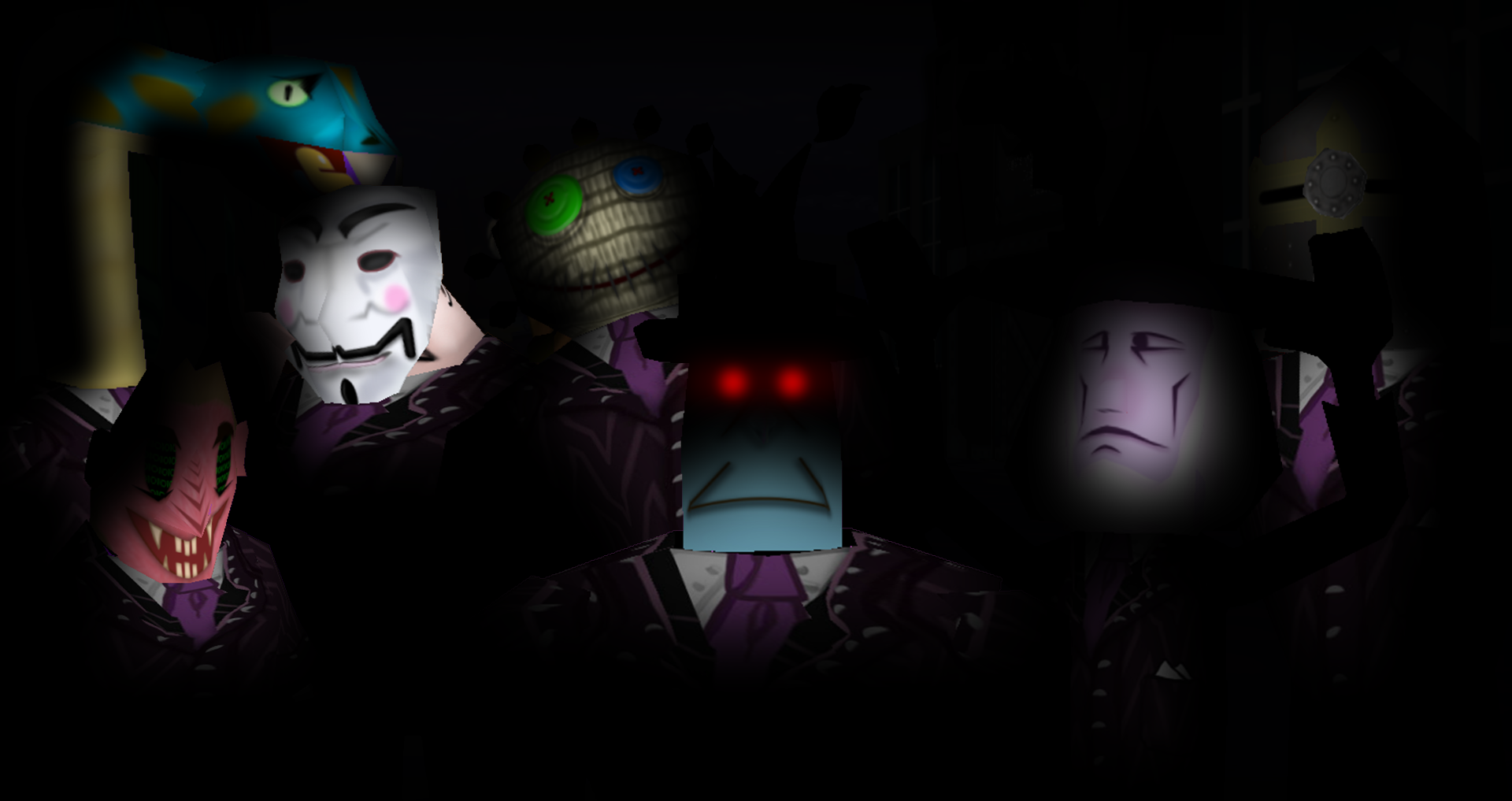 The last photo taken by members of the Toon Resistance before their disappearance while investigating the Techbot Server Rooms.

This is urgent news from the Toon Resistance regarding the newest Cog department threatening our streets, the Techbots. Enough time has passed since the investigation into the internal affairs of the Cogs that it is now necessary to release all of the information that has been collected on them. In order to prepare the citizens of Toontown for resistance to the newest push by the Cogs, delicate reading of this article is key to understanding the threat at our doorstep, which demands that our fun and games come to an end. As the average silly citizens of Toontown were enjoying the Halloween festivities, buying costumes, trick or treating, earning jellybeans, and setting up their estates for the holiday, Toon HQ had received a frightening new report from the Toon Resistance Agents in the field.

The latest assignment given to agents of the Toon Resistance by the Toon Council was to investigate the Techbot Headquarters, and find out what exactly the Cogs are planning to do with them. It was already well known that the Cogs have been increasing their numbers, and with the mysterious arrival of the newest department, things were starting to look grim. The initial Techbot units were strikingly similar to that of the other Cogs, almost as if their factories had been running out of parts to create new ones. For a while, it looked like production came to a halt and the threat of the Techbots was not nearly as bad as had previously been thought. However, Resistance field agents had intercepted a new memo sent from the factories to the highest ranking Techbot authorities. The following memo has been translated from the Techbot encryption code by the leading scientists and code crackers at Loony Labs:

This memo is to be immediately delivered to the Senior Developer. The newest advancements in our technology and production methods have finally allowed us to go through with the design schematics sent to us by the Department of Design. These new Techbot models are stronger, faster, smarter, and most of all: designed for the optimal draining of laughter from the Toons. As reviewed in previous design meetings, the upgraded models are outfitted with all of the changes desired by [REDACTED]. Attached below is the list of all changes made to the production line according to our documents.

The Script Kiddie has been given a new mask in order to intimidate the Toons. As the lowest ranked Cog in the Techbot department, these models are optimized for taking out the newest and most vulnerable Toons that may be encountered while patrolling the streets of Toontown.

The Code Monkey serves as the backbone of any and all projects that require tedious and often unfulfilling work. They have been completely redesigned to better fit their name. With the installment of new optical receptor implants, they now have the ability to analyze all situations within the integrated development environment.

Completely untouched. This unit is fully approved by the Department of Design.

The original design for this unit was found to be unproductive and proved to be easily distracted by the Toons' tricks with relative ease. It was decided that in order to increase the amount of Toon misery inflicted, the design had to be tougher and more dedicated to the cause. No longer a Cowboy, the Keyboard Warrior is equipped with the toughest armor plating in the known world and is fully ready to take on the Toons.

Upon analysis of the Software Simian's performance in battle, it was discovered that Toon engagement was below standard protocol. The reason behind this is because high level Toons did not feel that the Software Simian was a threat due to the similarities to the Code Monkey. To counter this, it was determined that the entire production of the Software Simian was to be cancelled and replaced with a new Cog. After ages of testing, the Python Charmer was created. The Python Charmer is slick, fast, and powerful enough to take down several Toons at a time. However, due to a production error, it turns out that the number of standard models ordered for production of this Cog was cut in half. Because of this error, there are two different produced variants of the Python Charmer. There is no discernable difference between the two models beside the Cog's visual components.

As the highest ranked Cog in the Techbot department, the Root User is supposed to be the strongest Techbot of them all. The Root User is now equipped with heat-seeking, infrared, x-ray vision optical receptors. Root Users can be used effectively to guard Cog buildings and Server Rooms. Promotions to Senior Developer are imminent.

Any further problems reported with the brand new Techbot units should be sent to the R&D Department at [REDACTED] so that they may be analyzed and applied by the Department of Design and the [REDACTED]. The increased capabilities of these models should show their might in the future once the invasion of [REDACTED] is complete. The Toons will have no idea what is coming to them.

In case of Toon sabotage, please blank out any sensitive material regarding future plans of domination immediately after reading this memo.


With this information retrieved from the Cogs, it's safe to say that they're ready to move out with new plans. Unfortunately, we haven't heard back from the field agents assigned to investigate, and we need all the manpower we can get. Start training your gags and level up those laff meters, because we're going to need it to fend off the impending battle for Toontown that awaits us. We are expecting the Cogs to make their move on October 24th, so be prepared. You can check out a little bit more information regarding the Techbots here. With that being said, the Toon Resistance officially declares the end of this message.

Toons of the world, unite to take down the Techbots and defeat the Cogs once and for all!