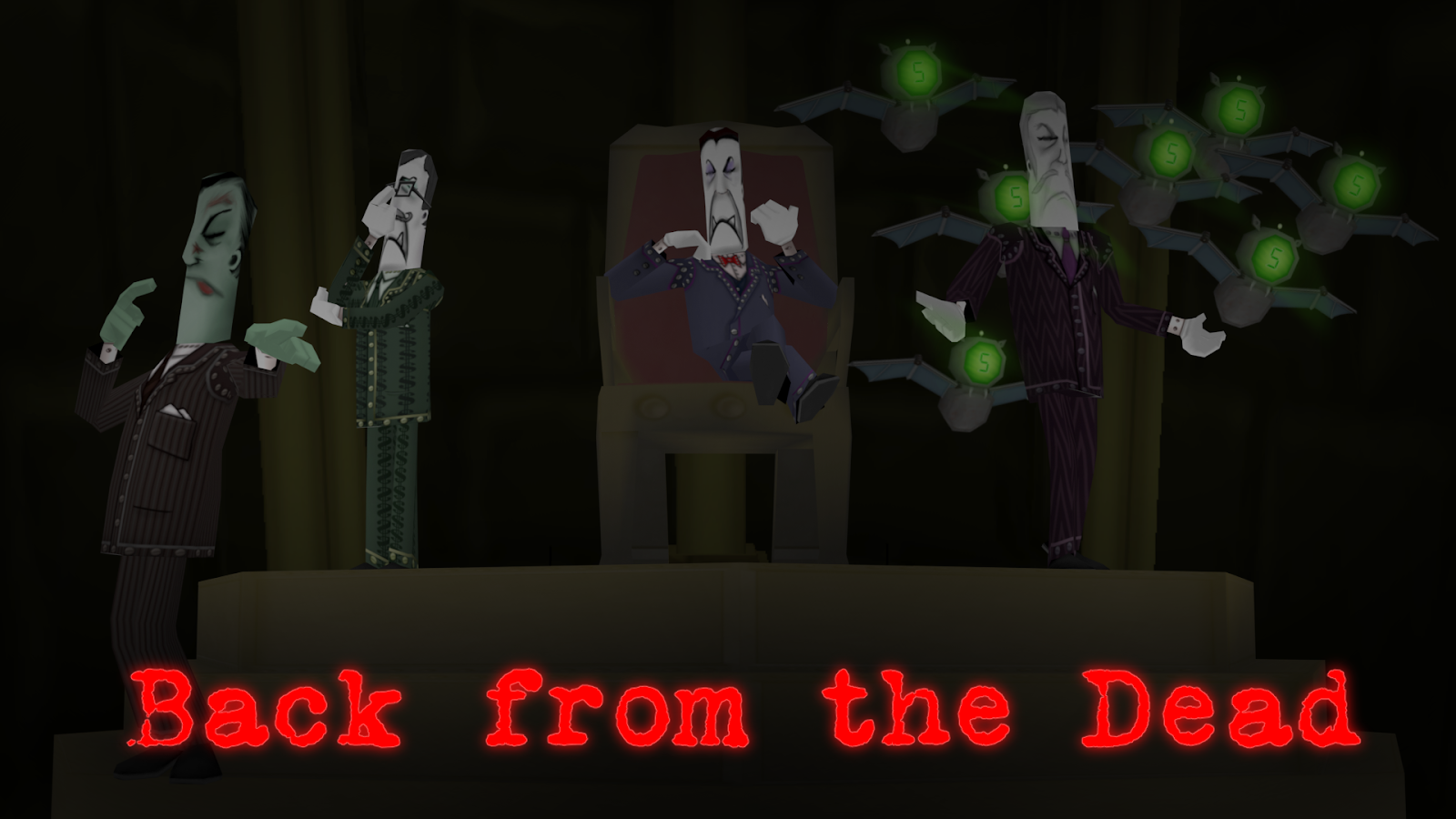 The streets of Toontown aren’t safe anymore, with the invasion of the Office Staff! Bloodsuckers and their subordinates reign supreme, but only if you can’t stop them and send them back to their graves.

The sinister Bloodsuckers creep and crawl through the night, frightening Toons with all their might. Now, upper management within COGS Inc. has decided these sharp-fanged bots should go it alone no longer. If a Bloodsucker takes over a building in Toontown, they will bring with them a brand new type of Cog Building. In a Bloodsucker building, Toons will be able to battle the Bloodsucker Office Staff.

Within the new Bloodsucker buildings, Toons will find brand new Cogs fighting alongside the Bloodsuckers. Assisting them are the scheming A/B Tester, a Techbot with the power to steal Laff points from the Toons and convert them into fuel to keep the rest of the Cogs stable in battle using their pesky Microbats, the monstrous Zombie Project Manager Bossbot who can keep fellow Cogs working by making them immune to Lure Gags, and the Parasitic Payor, a Cashbot with no interest in breaking the bank*. With these new underlings, the Bloodsuckers are even more powerful and pose a threat to the streets of Toontown. But all is not lost…

Mickey and the Toon Resistance have decided that having the Cogs ruin Halloween is no fun, so as an incentive to retake as many buildings on the streets of Toontown as possible, new accessories, clothes, and even a special house design have been created as rewards for holding back the invasion of Toontown by the Bloodsuckers and their henchmen. Toons can find Mickey, dressed in his vampire outfit, handing out ToonTasks that will reward them with candies they can then use to buy these rewards. In addition to this, the Toon Council has decided to give the beloved Cow Toons a brand new style to make them feel even more at home in Toontown. As per usual in Toontown, Toons can Trick or Treat during Halloween to earn jellybeans and a spiffy Pumpkin head. On October 31st, Cat Toons and Bear Toons are able to become black Cats and white Bears by Trick or Treating and saying the magic word to the mages in Donald’s Dreamland.

The Toons aren’t the only ones who have given themselves a tune up. Brand new Cog Suits have been issued by the factories in charge of business suit production. Now, the Cogs are even more professional and sleek than ever. Furthermore, the Penny Pincher Cogs have received brand new claws for maximum penny pinching.


The Future of Toontown

New announcements from the Toon Council detail plans for after this vile Bloodsucker invasion season is over. In the next series of renovations and goals for Toontown, construction projects have been announced for Goofy’s Speedway, a new plan to introduce more species to the citizens of Toontown, and much more in the future. All Toons should keep an eye out for updates on new work projects taking place, you won’t want to miss it.


*Please note that new “Office Staff” Cog attacks are currently not implemented and will be added in a later update.

Release Notes for the “Back from the Dead” update are available on our Discord server.